Tejas Desai has been featured in many publications and interviewed in them about The Brotherhood Chronicle, The Human Tragedy, The New Wei, his literary influences, his childhood in NYC, his work as a librarian, and his continuing worldwide travels. 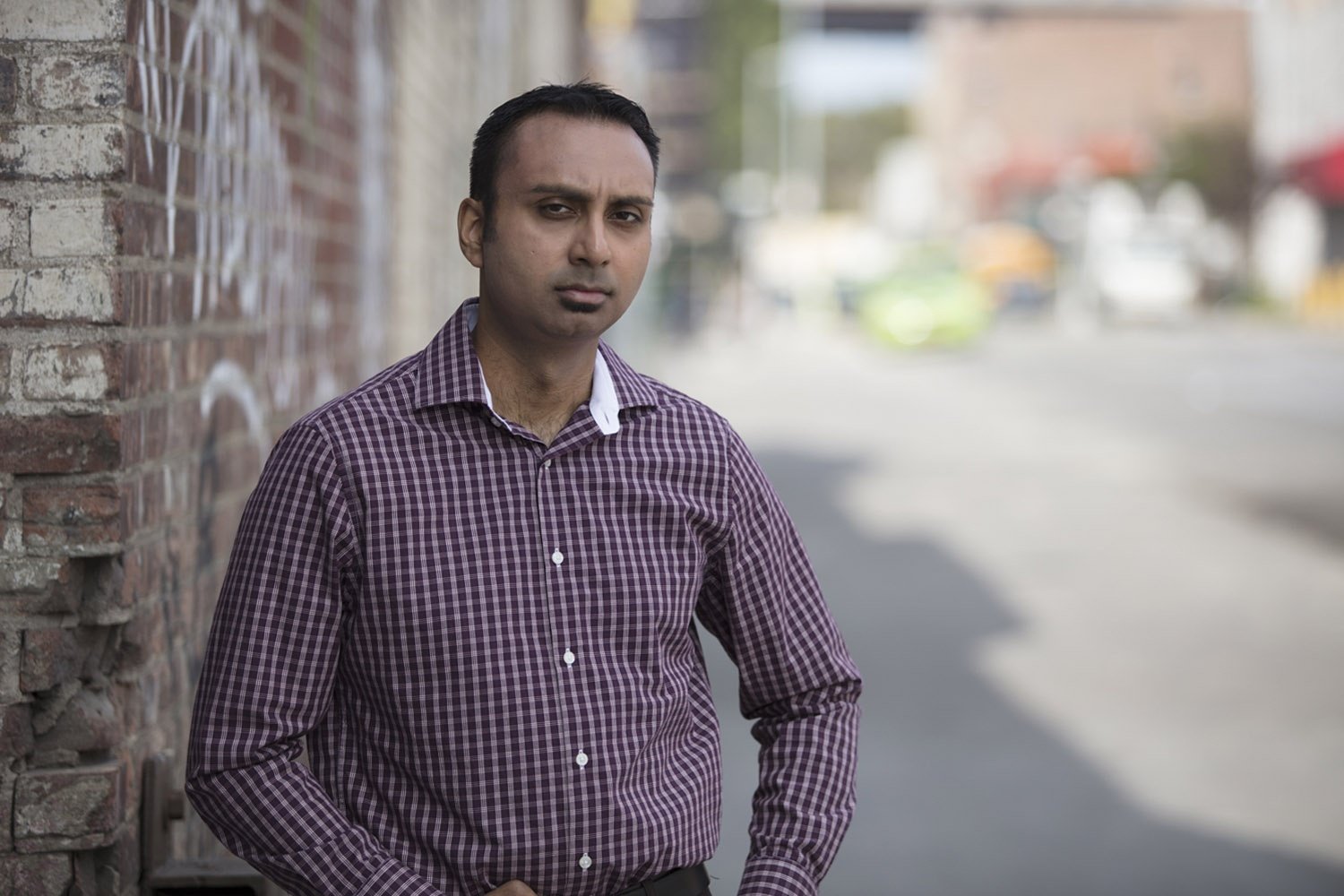 Faulkner on the Subway" in Three Guys One Book

Features and Articles about Tejas Desai:

Out of the Box Programming: An Interview with Tejas Desai" in the NYLA Voice

You Just Have To Read This..." in Wesleyan News

The Brotherhood: Author Tejas Desai Completes his #1 Selling Trilogy" in The Wave

Fundraising Video Interview on The Brotherhood Chronicle by The New Wei

QPTV Interview with Gary Scudero on his

Traveler's 411 Radio Interview with Stephanie Abrams (about 24 minutes in)

Interview with a Queens Fiction Author with Matthew Allison

An Interview with Tejas Desai with Vault of Books (great interview, but currently offline)

An Interview with Tejas Desai by Generasian, NYU's Asian-American Magazine

The author has read his work and given talks at NYC venues such as KGB Bar, Guerrilla Lit Series, Sunday Salon, Oh Bernice! Reading Series, CUNY Turnstyle Reading Series, Jamaica Center Reading Series, the Queens Library and the Queens Book Festival. He has exhibited at Book Expo, AWP Conference, NYC Poetry Festival and the Brooklyn Book Festival. He delivered the lectures "Disseminating Multicultural Works Through Self-Publishing" at the NYLA Conference and "Revolutionizing Multicultural Literature" at the Queens College Graduate School of Library and Information Science. He will be delivering a lecture on The New Wei literary movement at the

Langston Hughes Literary Arts Festival. In addition, he spoke at his alma mater The Bronx High School of Science.

He is currently a Supervising Librarian at the Cambria Heights Community Library in NYC. He was formerly at the

Corona Community Library where he ran the

Symposium Book Club and oversaw various initiatives at one of the busiest community libraries in NYC. He also worked for many years at the Queens Central Library. His achievements and contributions to librarianship are detailed on his

Linkedin Page. These include a

Self-Publishing Resources Page he created, and a Writer's Workshop he taught for two years, culminating in the

Queens Noir Author Event. He has created a wide range of programs including film series, fiction and poetry readings, e-publishing workshops, and much more, working with organizations such as Asian American Writers Workshop and Poet's House, among others. His programming ideology for ethnic communities has been published in the volume

Connecting Cultures. His thesis for his MLS, "20th Century Novels: A Content Analysis" is available at Queens College's Rosenthal Library, as is the first draft of "The Brotherhood," which was his thesis for his MFA in Creative Writing and Literary Translation.

The author has dabbled in film as an actor, assistant director and production assistant. His IMDB profile is available

here. In 2012, he directed an amateur book trailer for The Brotherhood, available on

Vimeo. He has also written detailed film screenplay treatments, including "The Descent of Tom Riddle" (2007), and a play called "Bequest" (2008). He won awards in college and high school for his short stories and poetry. He is a graduate of Wesleyan University, CUNY-Queens College, and The Bronx High School of Science. He studied abroad at the University of Oxford.

Tejas Desai is a frequent worldwide traveler. This includes his Road Trip Across America in spring 2016, and his adventures throughout Europe and Asia. He documents these on his primary

Facebook page and will eventually write a book about his journeys. He also uses

The Run and Hide: A Thrill Ride of Storytelling and Music with Greg Holt LIVE inside the Union Square Subway Station on Sunday Sept 19, 2021 @ 6-7PM (in collaboration with MTA's Music under New York Program and City Artists Corps)
Bronx Science Career Symposium--January 27, 2021

Pandemic Book Reading-Good Americans by Tejas Desai, The Decameron by Giovanni Boccaccio and Tales of the Jazz Age by F. Scott Fitzgerald on Friday May 8, 2020 at 6PM (Link Reading Password: 4gRYwJhg)

The Brotherhood Chronicle Fundraising Campaign
January 9, 2018: QPTV Interview with Gary Scudero on his